Interpreters and translators in Oslo, guides and assistants in Norway

Competent translators in Oslo will accompany you to any event. Translation languages: Norwegian, English, Russian, Spanish, Italian, French, Chinese. Here you can find and order an interpreter for work at the exhibition, business negotiations, in the clinic, conferences and seminars. Sworn and court translators in Oslo for notary transactions, marriage registration, litigation, visits to banks, clinics. All translators are professionals with higher education, work experience, diplomas and certificates. Interpreter services at the US Embassy in Oslo and other diplomatic departments. 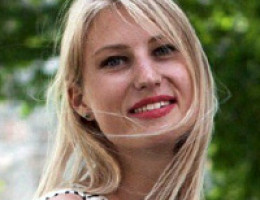 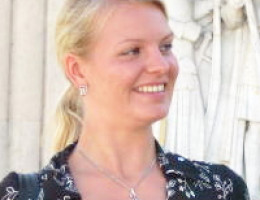 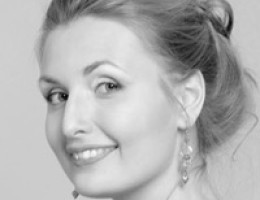 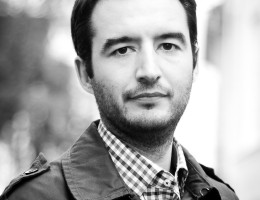 Translator and interpreter with a wide specialization. Working languages: Korean, Italian, German, English, Russian... Certified translator with over 8 years of experience. I will be glad to help in providing your ...
View profile ▶
26642 ID 24484 / Natalia

Medical interpreter with great experience. Is engaged accompanying patients in clinics, if necessary, arranging the arrival of the patient and selecting the clinic. Experience in two large companies ...
View profile ▶
18313 ID 998418 / Farida

Interpreter and translator from English, French, Italian and Russian She graduated from the Linguistic University in Italy, lived for several years in France and the USA. I am an official translator ...
View profile ▶
344 ID 1013121 / Natalia

Interpreter and translator in Oslo

To accompany the city, for example, as a shopping assistant or to visit excursions and museums, you can order translation services in Oslo of a general profile. Such a translator from Norwegian is not a specialized one, but is intended for solving standard and simple questions in Oslo. The cost of an interpreter with a general profile in Oslo is 55 € / hour, with a minimum order of 3 hours a day.

Business Translator and interpreter in Oslo

Technical Translator and interpreter in Oslo

Medical Translator and interpreter in Oslo

A medical translator and interpreter in Oslo is provided for visiting clinics and consulting doctors, starting from registration at the clinic, during examination, diagnostics, to outpatient and inpatient treatment and therapy, and may also be present during special procedures - operations and childbirth. In difficult cases, our medical translator and interpreter in Oslo can stay with you around the clock without leaving the ward, in this case we provide several translators in three shifts. You can order services by phone or by filling out order form. The cost of a medical interpreter in Oslo is 85 € / hour, with a minimum order of 3 hours per day.

Legal Translator and interpreter in Oslo

A legal translator and interpreter in Oslo is relevant when buying real estate, which usually requires a visit to a notary and government agencies. A legal, notarized translator and interpreter in Oslo will help you to competently decide correctly and competently to conduct a transaction for the purchase or sale of real estate or positively influence the successful outcome of your court cases. Order a translator You can 48 hours before the event. The cost of a legal translator in Oslo is 85 € / hour, with a minimum order of 3 hours per day.

Simutaneous interpretation is one of the most difficult types of translation, since it requires maximum concentration, erudition and attention from the translator. It is provided for the translation of conferences and seminars in Oslo with a large number of participants. Right after order a translator It is necessary to provide material for preparation. On request we rent equipment for simultaneous interpretation in Oslo. The cost of a simultaneous interpreter in Oslo is 250 € / hour, with a minimum order of 3 hours per day.

Translation of documents in Oslo

How to find and order a translator or interpreter in Oslo?

To order a translator, you just need to fill request form or call our manager by phone.

Get the best offer in just 59 minutes!

All cities of Norway

★★★★★
Thank you so much lingohaus.com and company management for fast and professional selection of translator and interpreter in Munich. All went just fine!
Alexander / Munich, Germany Hits: 1
★★★★☆
It would be nice for the interpreter had card payment terminal, because it was hard to find ATM in the village. There are no complaints about the quality of services.

Ludmila / Erfurt, Germany
★★★★★
Everything is just great. Quickly, clearly, carefully. Highly sensitive and operational manager Yuliya was constantly in touch and answered all questions
Catherine / London, United Kingdom Hits: 3
★★★☆☆
The translator came unprepared! But the manager managed to replace him with a slight delay.Thank you for your promptness and understanding!

Nona / Amsterdam, Netherlands
★★★★★ I applied for a translator in Helsinki. The manager picked up a translator Victoria, which famously coped. Thank you very much!!

Julia / Helsinki, Finland
★★★★☆ Used the services, everything went fine - excellent translator, operators and service, we were all set, but the service is not cheap - we paid 110 $ for just two hours

Igor / Hong Kong, People's Republic of China Hits: 1
★★★★★
No comments !!! Professionally great translator and conveniently organized service of booking! But there is always something to strive for!

Matthias / Augsburg, Germany
★★★★☆
Everything went perfectly, the translator correctly and professionally translated all the negotiations, I think this best translator and best company in this region
Andrew / Kuala Lumpur, Malaysia Hits: 1
★★★★★ <br>We ordered an interpreter, since we had to complete an apartment purchase transaction with a notary public in Warsaw. Interpreter Svetlana did a great job. I wish you success!

Antonina / Warsaw, Poland
★★★★☆
I liked everything, the manager quickly allocated an interpreter, translator is above all praise! Everything is fine! Especially the translator herself! Love you!

Shamil / City of Bedburg, Germany Hits: 2
★★★★★
Great service, We’ve been using it for several years now, everything is fine In the future I would like to see more options for paying for translation services.