Raul patel
Recommendations
10 months ago
I used this service to translate my marriage certificate. Accomplished just in two days and ...

Here you can find and book competent general, medical, technical, economic and legal translators in Leuven, who will provide you with professional translation from Russian, English, French, Italian, Spanish and Chinese. On request, we can find translators in other language combinations in Leuven. Translation services at the US Embassy and other diplomatic departments.

Interpreter with 8 years of experience in the field of sports and business negotiations. Performs oral consecutive and simultaneous interpretations from English, German, Dutch, French, Russian ...
See and order
1224 ID 522021 / Tatiana 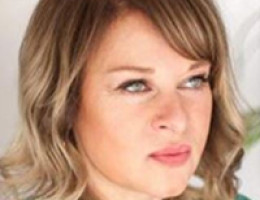 Interpreter and translator in Leuven, Belgium - Russian, French, English - from 45 € / hour or 280 € / day Interpreter from Russian, French and English in Leuven. Extensive experience of working at international exhibitions ...
See and order
899 ID 68475 / Daria 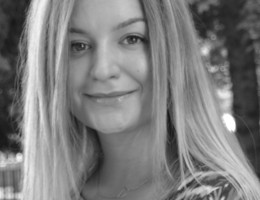 Interpreter and translator in Leuven to accompany you in business negotiations, exhibitions and clinics. Translation specialization: economic, medical and technical. Possible travel outside Leuven. Name…
See and order
624 ID 696419 / Alain 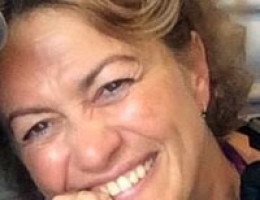 Interpreter and translator in Leuven, Belgium - Russian, English, Dutch, Hebrew - from 49 € per hour or 430 € per day. Experienced translator and interpreter in Leuven. Graduated from the Moscow State Linguistic ...
See and order
553 ID 161836 / Julia 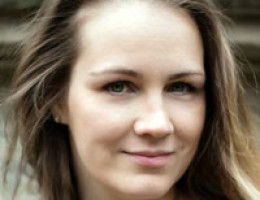 Interpreter and translator in Leuven, Belgium - Russian, English, French - from 60 € per hour or 400 € per day. A professional translator of the highest level in Leuven, I offer all types of translation: simultaneous, ...
See and order
36076 Artyom

Professional interpreter for the translation of seminars and major exhibitions, including remote interpreting negotiations and support of real estate transactions, conclusion of contracts, solution of current ...
View profile ▶
25627 ID 1013134 / Nona

Translator and interpreter from Polish, Spanish, Italian, Russian, English An experienced translator with a higher economic and linguistic education. Polyglot. Work experience as a translator over 13 ...
View profile ▶

General translator and interpreter in Leuven

This type of translation service is widely used to solve standard tasks, such as shopping in Leuven, accompanying in Leuven, excursions, visiting restaurants, translating during a visit to Oktoberfest, visiting museums, walking around the city, visiting government offices in Leuven (for example, a registry office or a for foreigners), fulfilling your orders (buying a sim card, tickets for concerts, cinema tickets), etc. This type of translation is not expensive, but at the same time very high quality and is suitable for solving many standard tasks.

Are you going to an exhibition or conference in Leuven? There is often a need to negotiate an economic topic with partners in Leuven, in which case you will need an interpreter with knowledge of economic terms and experience in negotiations in the field of business, consulting, supplies and logistics. Our translator with an economic bias will help you successfully negotiate a contract for the supply of products, when discussing logistics and customs. Or are you planning to buy a car in Leuven? If you are planning a business meeting in Leuven, then our business translators are always ready to help you.

Technical translator and interpreter in Leuven

If your conversation is of a technical nature, then it makes sense to order an interpreter with a technical education. Our technical translator and interpreter in Leuven will accompany you when you visit factories, factories, during trainings and specialized training, installation and configuration of equipment, technical audits, commissioning and test work, as well as at installation sites in Leuven and its surroundings. During conferences and seminars on technical topics, we also provide the services of an experienced technical translator. Electronics, construction, aviation, astronautics are very relevant today in Leuven - these areas of science and technology are developing rapidly, our translator in Leuven is ready to accompany you to an enterprise or to a scientific and technical organization.

Medical translator and interpreter in Leuven

For the purchase of real estate and when visiting notaries and government bodies (courts, ministries, tax committees), there is often a need for a translator with a legal bias. Our translator and interpreter in Leuven will provide you with competent legal translation at affordable prices. Since legal translation can affect the successful completion of your business, our translators need detailed preparation for the meeting, therefore, we ask you to provide the necessary material in advance 1-2 days before the appointment.

Translator for exhibitions in Leuven

If you are planning to exhibit your company's stand at an exhibition in Leuven, then the most suitable option is to use the services of our stand interpreter - for the most part, these are female translators (if necessary, we also provide male translators), who have impeccable appearance, efficiency, and are distinguished by special sympathy, charm, sense of humor and work experience at exhibition stands. Our Exhibition Interpreter and translator in Leuven will also accompany you to a business dinner or official reception with your partners. For successful negotiations with French partners, it is important to remember that even every little thing can influence the course of events. We understand this and will provide you with an interpreter in Leuven who is fluent in French and Russian and perfectly understands the mentality of your partner.

Exhibitions in Leuven for which business translation services are provided

How to find and order a translator and interpreter in Leuven?

You have already found an interpreter in Leuven. In order to order a translator and interpreter in Leuven, just call our manager at the number below, or fill out pre-order form translator. We will send you a commercial offer with the prices of available translators within a few hours. Everything is very easy, fast and convenient.

All cities of Belgium

★★★★☆
Everything went perfectly, the translator correctly and professionally translated all the negotiations, I think this best translator and best company in this region
Andrew / Kuala Lumpur, Malaysia Hits: 30
★★★★☆ I ordered a certified translation of a driver's license. Everything was done with high quality, but delivered with a delay of 2 days, probably due to a pandemic. Thanks for the help!

Nona / Amsterdam, Netherlands Hits: 11
★★★★★
Thank you so much lingohaus.com and company management for fast and professional selection of translator and interpreter in Munich. All went just fine!
Alexander / Munich, Germany Hits: 18
★★★★★ I applied for a translator in Helsinki. The manager picked up a translator Victoria, which famously coped. Thank you very much!!

Julia / Helsinki, Finland Hits: 5
★★★★★
Everything is just great. Quickly, clearly, carefully. Highly sensitive and operational manager Yuliya was constantly in touch and answered all questions
Catherine / London, United Kingdom Hits: 30
★★★★★
Great service, We’ve been using it for several years now, everything is fine In the future I would like to see more options for paying for translation services.

Ludmila / Erfurt, Germany Hits: 15
★★★★☆ Used the services, everything went fine - excellent translator, operators and service, we were all set, but the service is not cheap - we paid 110 $ for just two hours

Igor / Hong Kong, People's Republic of China Hits: 23
★★★★★ <br>We ordered an interpreter, since we had to complete an apartment purchase transaction with a notary public in Warsaw. Interpreter Svetlana did a great job. I wish you success!

Antonina / Warsaw, Poland Hits: 17
★★★★☆
I liked everything, the manager quickly allocated an interpreter, translator is above all praise! Everything is fine! Especially the translator herself! Love you!

Shamil / City of Bedburg, Germany Hits: 26
★★★★★
No comments !!! Professionally great translator and conveniently organized service of booking! But there is always something to strive for!